Francisca Herodes has had the privilege of working in many different types of workplaces in different roles, both in Sweden and internationally. For more than 20 years she has been a social adviser in both consultancy roles where she supported companies and as an employee in local regional, national and international / EU contexts.

Examples of her assignments have been change management, analyses and evaluations, strategic communication and advocacy strategies. Francisca has also spent many years working with market attractiveness and opportunities to connect global, foreign companies and players with a local place.

In addition, she is a skilled speaker and has over the years moderated a variety of conferences, workshops and talks. Her curiosity and the ability to create development in initiatives have over the years been deepened and refined in parallel with acquiring knowledge in solid methods within the framework of the services Franly Advisory offers.

Francisca has studied and worked in several countries (e.g. Sweden, Belgium, Finland, France, Germany, Kenya) and she knows several languages (e.g Swedish, English, French, German, Spanish). She holds a Master of Laws, LL.M and has done research in political science about the EU's impact on local and regional work around Europe. She has held organisational and business development roles, often in leadership positions in both public and private sectors, as well as assignments in the non-profit sector. 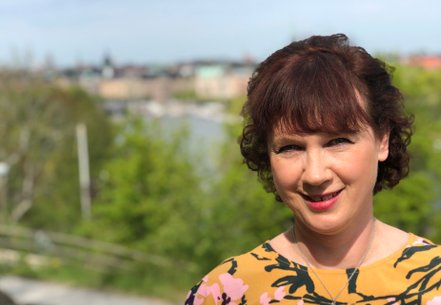 Examples of Francisca's workplaces and assignments